As African Union members gather for the AU summit in South Africa, which began Wednesday and will run until 14 June, leaders should be thinking, in line with their Responsibility to Protect, of creative and timely actions to protect an array of at-risk populations from atrocity crimes.

The African Union’s predecessor, the Organization 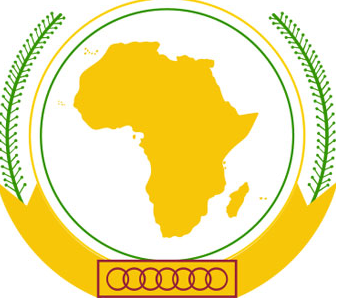 for African Unity (OAU), played a key role in the mediation process that led to the signing of the 2000 Arusha Peace and Reconciliation Agreement, a crucial step in bringing peace and stability  to Burundi. It is therefore crucial that the AU work to safeguard this legacy, including through assisting Burundi and regional/international actors in establishing the environment necessary for holding free and fair elections. The AU should further consider issuing a statement that underscores the need to respect the will of the people and warns that any actor that commits or calls for the commission of gross human rights violations will be held accountable.

Additionally, the AU could highlight the need for any dispute about the electoral process/results to be raised through the relevant judicial bodies, with support provided to assist in this process if needed. Such actions will serve to ensure that any challenges to the process are raised through the relevant legal channels, and not through calls for action that could lead to adversely impacting the political and human rights of civilians.  As Dr. Salim Ahmed Salim, the former OAU secretary-general, stated recently, “No one should underestimate what is at stake…Without coordinated international action to de-escalate the situation, I am fearful for the consequences.”

However, Burundi is just one of several African countries in which populations are either experiencing or are at risk of atrocity crimes. Atrocities throughout the African region, including in Mali, Darfur (Sudan), South Sudan, the Democratic Republic of the Congo, Central African Republic, Nigeria, and Libya again prove the critical need for committed and steady regional prevention and response in order to fulfill this organization’s’ Responsibility to Protect (RtoP).

Finally, though pressing country situations may dominate discussions, the AU should ensure that it gives its theme “Year of Women’s Empowerment and Development” due consideration. As is all too often documented in various crises, women remain disproportionately impacted by the commission of atrocity crimes, and such atrocities bear long-term economic, social, political, and psychological consequences for women and the society affected as a whole. Thus, through taking concerted effort to enhance the promotion and protection of women’s rights, the African Union will directly contribute to the empowerment of women throughout the continent and assist governments in upholding their protection obligations articulated in the Responsibility to Protect. Furthermore, women and women’s rights organizations play a crucial role in the advancement of atrocities prevention; however, despite their inherent right to directly contribute to the prevention and response to atrocities, women overall are drastically underrepresented in such processes. By enacting measures to acknowledge the role women are already directly playing in atrocities prevention as well as taking action to ensure barriers to equal participation are broken down, the African Union will serve to ensure its membership upholds the equal rights of all citizens. This will in turn strengthen initiatives undertaken by states to protect populations from atrocities through having diverse and holistic input into such processes.

150 of 208 migrants that were found adrift in a boat off of Myanmar’s coast were set to transfer back to Bangladesh. Myanmar has yet to state what will happen to the remaining migrants as the countries work to determine the origins of those stranded.  Myanmar police have arrested more than 90 people for human trafficking offences this year, but no cases have been reported in the Rakhine state, where persecuted Rohingya have fled.

The electoral commission proposed a postponement of elections for the second time, pushing back voting from June 26 until July 15, which sparked renewed tension and violence across the country. However, Burundi’s political opposition rejected the proposal put forth by the electoral commission as well as called for UN mediator Said Djinnit to step down following allegations of bias in favor of the government. On 11 June, Said Djinnit ultimately steppeddown as mediator in the Burundi crisis, but he noted that he remains committed to peace in the country and will serve as the UN’s envoy to the Great Lakes region.

Central African Republic:
The Head of State of the Transition, Catherine Samba Panza, officially created the Special Criminal Court, giving it investigative and judicial powers over war crimes committed since 2003 to begin the process to end impunity in the country.While major security and political progress has been made since President Panza’s appointment, women at the grassroots level remain left out of peace and reconciliation efforts and are calling for more inclusive participation.

Democratic Republic of the Congo:
The families of 34 victims filed a public complaint requesting the exhumation of the mass grave in Maluku which, although found over two months ago, has yet to be responded to by the government. Human Rights Watch suspects that officials are trying to hide evidence of government abuses that could be found at the site.

The International Criminal Court is sending a delegation to Israel for a preliminary examination into whether or not crimes against humanity and war crimes have been committed in Palestinian territories. If the delegation determines that there is reasonable basis for an investigation and that the ICC has the authority to do so, it will investigate the activities in both Israeli and the Palestinian territories.

The new UN Emergency Relief Coordinator and Under-Secretary-General for Humanitarian Affairs (OCHA), Stephen O’Brien, met senior Iraqi Government officials in Baghdad and discussed that more must be done for the Iraqi people. However, Lisa Grande, the UN Humanitarian Coordinator for Iraq stated, “If funding is not urgently secured, more than half of all humanitarian programmess are likely to close or be curtailed in the coming weeks and months.”  Meanwhile, the United States government is sending 450 more US military personnel to train and assist Iraqi Security Forces at Taqaddum military base in eastern Anbar province, as they try to take back the city of Ramadi from ISIS. Britain is also sending 125 more troops to Iraq to assist in training of the state forces.

Libya:
Russia and China opposed the request from the United States, Britain, France and Spain to impose sanctions on two Libyans for obstructing UN talks. The UN facilitated Libyan political dialogue on forming a national unity government began on Monday in Germany.  There is now a draft  agreement said to address most of the challenges facing Libya, but the Secretary-General’s Special Representative on the North African nation said that “time has come to make an agreement” and he urges the draft to be finalized before the beginning of Ramadan on 17 June. Meanwhile, a coalition of Islamist militias in Libya vowed to take down a local unit of ISIS situated in Darnah.

The Malian government and the Tuareg rebels agreed on a ceasefire calling for the retreat of all rebel forces to 20 kilometers outside Menaka, a strategic town East of Gao. Suspected Islamist militants attacked a Malian police base near the southern border with the Ivory Coast.

Recently elected President Buhari attended the G7 Summit asking for assistance in the fight against Boko Haram as well as support in improving Nigeria’s infrastructure and economy. Heannounced that he will move the military’s base to the Maiduguri, the largest city in the Northeast and an area heavily impacted by Boko Haram. Opponents of Buhari were elected to the Senate presidency and other leadership positions on 9 June, which demonstrates the ongoing political tensions and the difficulties that Buhari will face as he tries to reform his government.

South Sudan’s latest talks began in Ethiopia on Monday to try to solve the 18 month old conflict. The warring factions only have one month to form an internationally-mandated power-sharing government. The government of South Sudan also formed a Parliamentary committee to investigate the recent fighting in Maridi County between Dinka pastoralists and local youth. In addition the government released statements assuring that its forces are in control of the oil fields in Unity and Upper Nile states, negating rebel claims that they captured the fields.

Dr. El Tijani Sese, chairman of the Darfur Regional Authority, expressed his hope that the new Sudanese government will consider dialogue as a priority to reach peace in Darfur at the Darfur-Darfur conference being held at the Research Centre for Peace and Development of the University of El Geneina. President Omar al-Bashir formed a new government, a month after winning the very poorly attended election, and says that he wants to bring peace to his country. At a Security Council briefing, Edmond Mulet, UN peacekeeping deputy chief,stressed to the council that insignificant progress in peace efforts has been made in Darfur. He also pointed to the increasing and indiscriminate attacks against civilians taking place. Dozens of women and girls report being gang-raped by Sudanese government forces in Golo.

In addition to ISIS, al-Qaeda is becoming a prominent part of the rebellion in Syria. Al-Qaeda’s branch in Syria, Jabhat al-Nusra shot at least 20 members of the Druze minority and has also forced hundreds to convert to Sunni Islam.  A public square in Al-Janudiyah, controlled by opposition forces, was raided by air strikes from the Syrian government killing at least 49 civilians. Kurdish forces and moderate rebels fought ISIS in the town of Tel Abyad and thousands of Syrians fled into Turkey.

Saudi-led air strikes on the rebel forces headquarters killed twenty civilians and hit residential buildings.  As violence continues to escalate, those trapped in the conflict in Yemen continue to share their experiences living in constant fear with little access to food, water and aid. Meanwhile, the families of American drone strike victims, Salem Ahmed bin Ali Jaber and Waleed bin Ali Jaber, filed a lawsuit in Washington, asking the court to deem the strike unlawful and publicize the truth.

The UN commission of inquiry on human rights in Eritrea  released a report on June 4th, which details the human rights abuses committed by the regime of President Isaias Afwerki.  Mike Smith, the chair of the commission of inquiry stated that, “the commission also finds that the violations in the areas of extrajudicial executions, torture (including sexual torture), national service and forced labour may constitute crimes against humanity.”

A new app, eyeWitness, developed by the International Bar Association, provides a quick way for anyone to capture photos/video that can be used to investigate and prosecute individuals who commit atrocity crimes. The app is currently only available for Android devices but will be adapted to others soon. The app uploads the photos to a database in the US and includes a timestamp and GPA location and can be deleted from the phone itself. A team of IBA lawyers will review the photos and determine if they need to be submitted to an international war crimes tribunal.